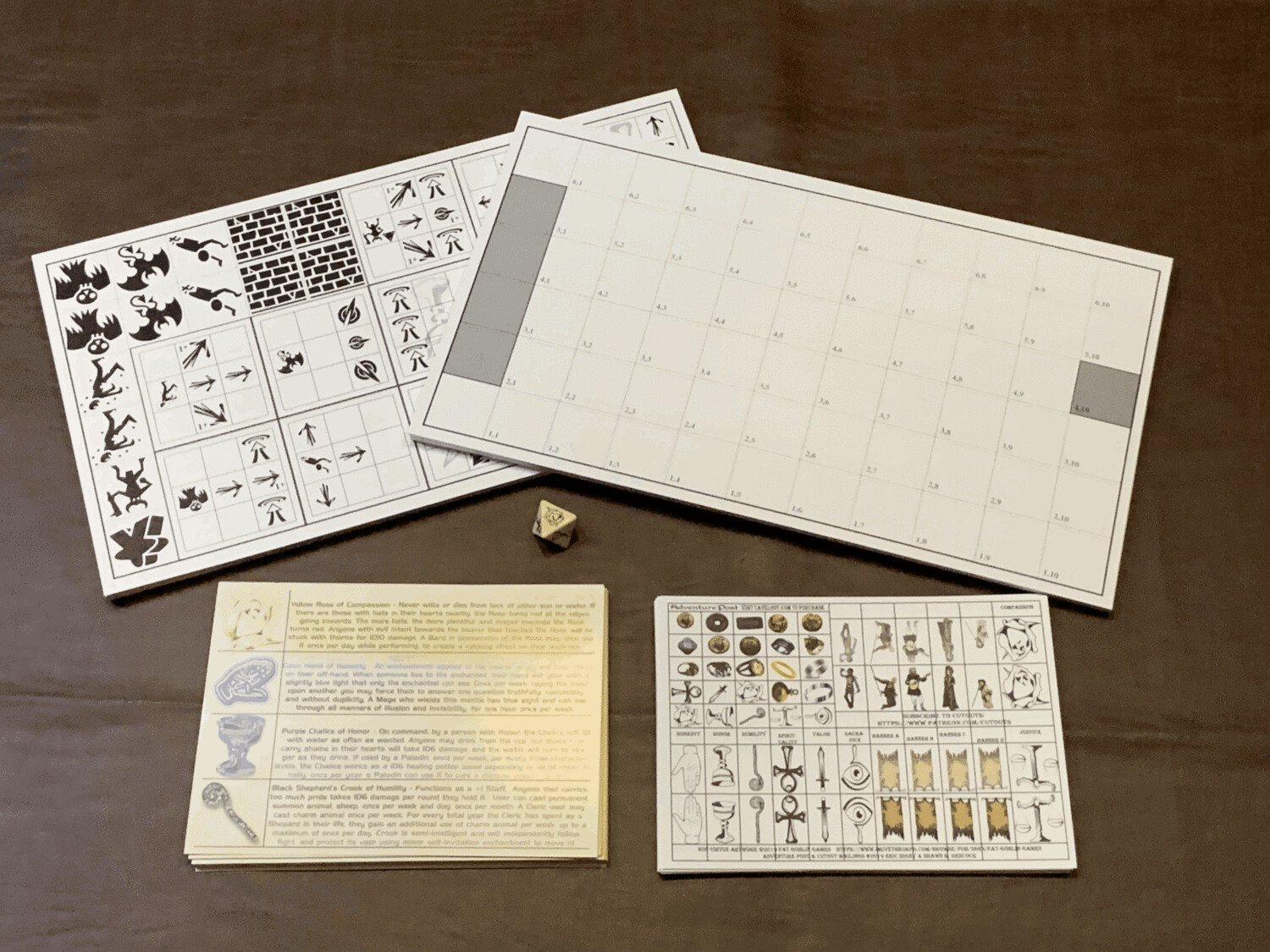 The Eight was created by Shawn Michael Hescock of Geeks Collaborative Gaming, to be played in conjunction with the Virtue Eight Sided Die (Shown in the photos.) You DO NOT need the Virtue D8 to play the game, but instead can assign a virtue to each number of a single standard eight sided Polyhedral Game Die.

The VD8, as we call it, and The Eight, were funded on Kickstarted in 2019! You also get the print and play files, when you purchase the physical version.

We also have extra's to go with it you can purchase!

-The Cutouts, are Tokens and Miniatures which match the symbols on the VD8

-There is a generic Tabletop RPG "Summoning" guide, that can go with th VD8, for your RPG campaign.

-The Physical copy of The Eight is approximately 6x11" and is printed on a thin card stock.

-The physical Virtue D8 is also available as an add-on!

Save this product for later
Display prices in: USD