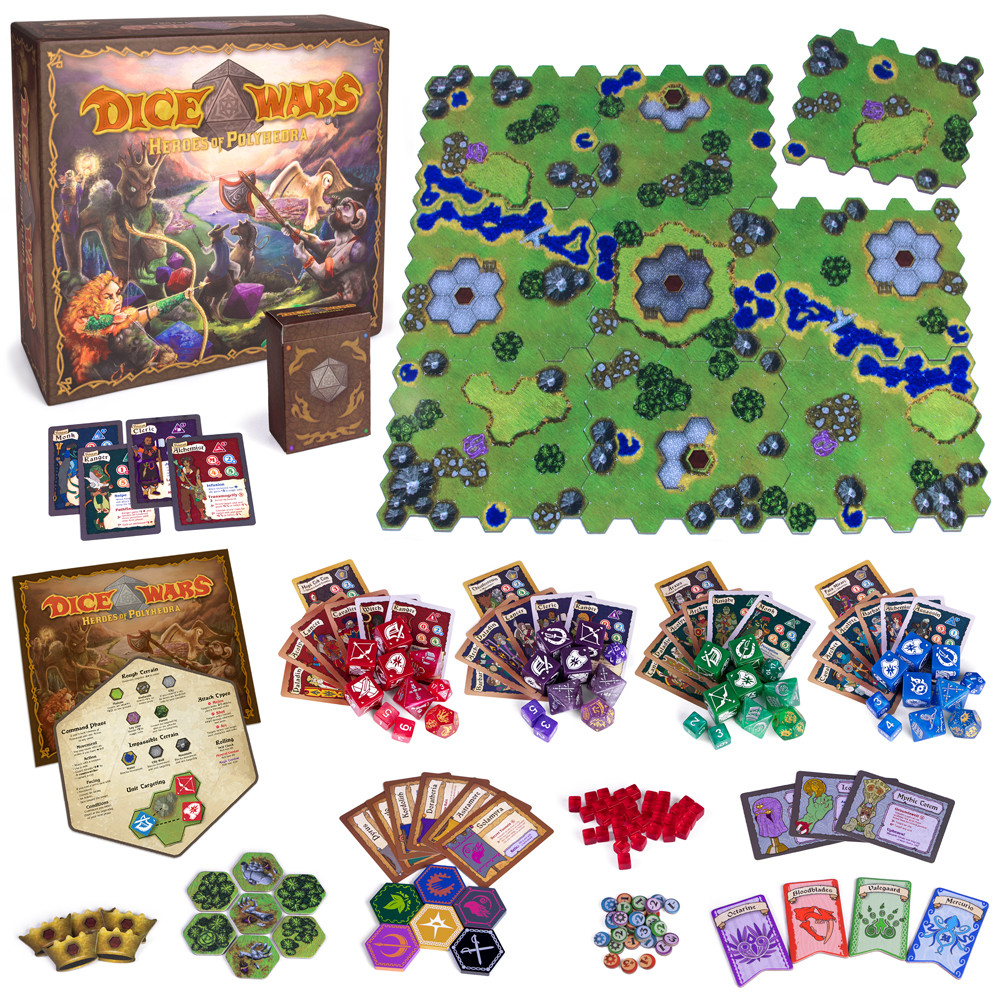 Welcome to the cursed land of Polyhedra, where war rages eternal. Ever since the fated icosahedron (that means twenty-sider!!) descended on the land, heroes have marshaled their forces in thrilling bids for battlefield dominance. At the beginning of each game, 2-4 players will each roll their seven massive 25mm Unit Dice. Each die face represents a different character class, so you'll have to develop your strategy on the fly! After a quick and easy deployment phase, you'll lead your forces toward on of three exciting victory conditions. Will you prepare for siege in order to capture three unique cities? Will you end the war with one decisive blow by assassinating an enemy general? Or will you take to the field to annihilate your rival's army?

Why You'll Love It:

Designed for ages 13 and up, Dice Wars is a game of strategy, courage, and just the right amount of luck. Thirty-six dice, over a hundred cards, and nine double-sided map tiles ensure each skirmish feels fresh, while fluid multiplayer rules and seven modular challenges ensure you'll never run out of battles to fight.

Save this product for later